I’m almost 3 months into breastfeeding my second child and my sister-in-law is 2 months in on her first. Recently, my husband brought up the fact that her and I have some really bizarre conversations.  They are interesting, hilarious, and probably more frequent between nursing mothers than you’d think! 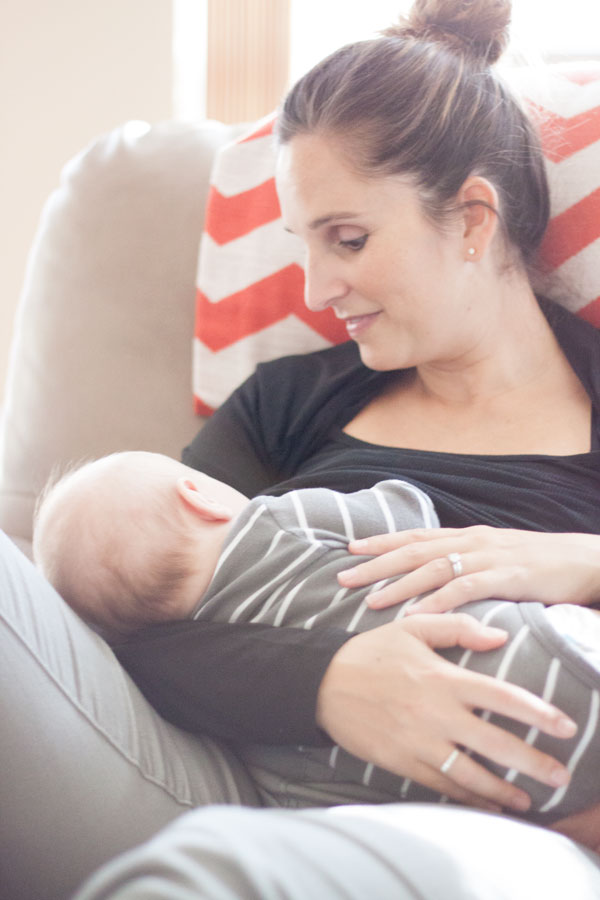 Who knew that talking about the status of your nipples would be commonplace in the first few weeks of nursing? Not me. But lets be honest, when your nipples hurt, there’s not a lot else you can think about. You’ll probably spend time describing the pain to at least one person so they can attempt to diagnose whether or not your baby is latching correctly. And it won’t phase you, even if someone walks in on the discussion. Conversations cannot be censored; nipples are at stake here!

Do you know exactly how to get your baby to latch correctly? It’s not always as intuitive as it seems and there are definitely different ways to get a good latch. You’ve probably had multiple conversations of how exactly to position, squeeze, or contort your breast to efficiently breastfeed. Most of these will include some sort of hysterical looking example. The good news? Once you’ve got it, you can be on the instructing end with all your friends who are just starting out! It’s much less awkward when you’ve already done it. And you won’t be too shy to demonstrate.

Have you ever squirted your baby in the face while nursing? Of course you have. Did you find out the first time you took a shower while engorged that you have a 3 foot range? Because it happens. Did you think you’d talk about it with anyone? Probably not. But sometimes it’s just too hilarious, embarrassing, or crazy of a story and you have to tell it!

This was a new one for me on baby #2! I just wanted to work out… But what do you do with these mammoth mammaries?  I had to phone a friend because this situation was so new to me! Good news, I have friends with answers. It turns out that 2 sports bras is the way to go. You can thank me later.

If you’ve breastfed, chances are you had a love/hate relationship with your pump. It’s cumbersome and sometimes uncomfortable. Especially if you are at work and realize you forgot to lock the door.  Or your 3 year old wants to help. Or you hear your husband in the next room describing the “whoosh whoosh” sound of the pump. Awkward!

Honestly, if you would have told me before I had a child or breastfed that I would talk about any of the above topics with anyone but my best friend, I would have told you that you were crazy. But now? Not so much. Partially because I’m more comfortable in my own skin, but mostly because I’ve realized that we ladies have to pass on our wisdom, even if it’s uncomfortable. Where else can you get candid answers, if not from other women that have been there before?

Have you had any breastfeeding conversations that should be embarrassing, but just aren’t???

Pregnancy Announcement with a BIG Surprise

Bath and Bedtime Routines for Kids

Lately in Snapshots // A Weekly Linkup